The US Senate foreign relations committee has passed a sweeping bill to provide $6.5bn to fund weapons and other support for Taiwan as the Chinese military escalates its aggressive activity around the island.

The Senate panel passed the Taiwan Policy Act by a margin of 17-5 in a result that underscored the strong bipartisan support for Taiwan. The bill — which requires approval by the full Senate and House — marks the first time the US would directly finance the provision of weapons to Taiwan.

The TPA also creates a $2bn loan facility to help Taipei buy more weapons, and it makes Taiwan eligible for a programme that would help the country stockpile weapons in advance for any possible future conflict with China.

The bill would also require the White House to impose sanctions on at least five Chinese state-owned banks if the president determines that China has “engaged in a significant escalation in aggression” against Taiwan with activity such as a blockade of Taiwan or the seizure of its outer islands.

“We need to be clear-eyed about what we are facing, just as we need to be clear in our response,” said Robert Menendez, the Democratic chair of the panel who championed the bill. “We are carefully and strategically lowering the existential threats facing Taiwan by raising the cost of taking the island by force so that it becomes too high a risk and unachievable.”

Congressional support for Taiwan, which was already strong, has grown over the past couple of years as China has flown more and more fighter jets and bombers into Taiwan’s “air defence identification zone”. But the impetus to help Taiwan has accelerated following the Russian invasion of Ukraine and gained momentum after China responded to the visit to Taipei by House Speaker Nancy Pelosi with large-scale military exercises.

“As China intensifies its threatening rhetoric and military aggression, it’s imperative we take action now to bolster Taiwan’s self-defence before it’s too late,” said Jim Risch, the top Republican on the committee. “We must get ahead of a future crisis and give [president] Xi Jinping reasons to think twice about invading or coercing Taiwan.” 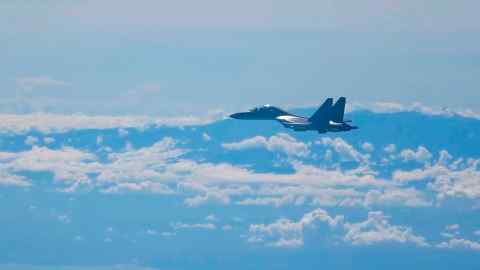 China slammed the legislation ahead of the vote, accusing the US of diluting the “One China” policy. Under the policy, which has existed since the US and China normalised diplomatic relations in 1979, Washington recognises Beijing as the government of China while acknowledging — without endorsing — its view that Taiwan is part of China.

Highlighting the rising concern about Taiwan, US president Joe Biden earlier this year warned that the US military would defend Taiwan from any Chinese attack. Taiwan has also featured heavily in the five conversations that the two leaders have had since Biden took office.

The White House has repeatedly dismissed Chinese claims that it was undermining the “One China” policy. But the Biden administration persuaded Democratic senators to alter some parts of the TPA that it saw as symbolic measures that would do nothing to secure Taiwan but could provoke China and give ammunition to its assertions that Washington was diluting the four decade-old policy.

One person familiar with the congressional process said the foreign relations committee was working with the Senate armed services committee to weave the major parts of the bill into the must-pass defence spending bill, which is the only major piece of legislation likely to pass before the midterm elections in November.