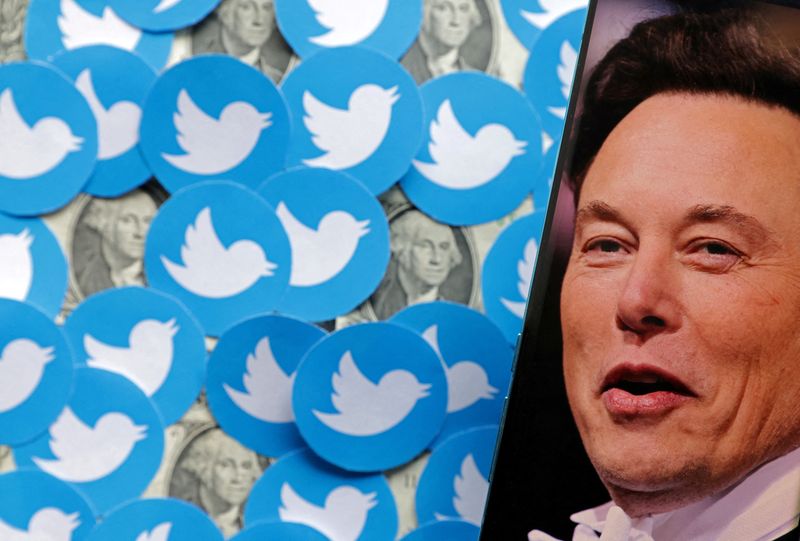 LONDON/NEW YORK (Reuters) – Elon Musk’s $44 billion Twitter takeover saga comes with all the drama necessary to be immortalised in case studies for future captains of industry, as the tycoon’s on-off pursuit of the social media platform and unique management style make for a union like no other.

The chief executive of electric car maker Tesla (NASDAQ:) Inc performed a U-turn by proposing to buy Twitter at the agreed price having spent months trying to get out of the deal, just as a Delaware Court was getting ready to rule on the standoff.

“This is unique in many cases,” said Arturo Bris, Professor of Finance and Director of IMD World Competitiveness Center. “It is definitely a business school case study. Because it’s about poison pills, breakup fees, lawsuits, hostility.”

While there are examples of acrimonious or hostile takeovers such as AOL-Time Warner and Sanofi-Aventis-Genzyme, here the world’s richest man – who has long used his own Twitter account to press for more freedom of speech – is working to impose his will on another corporation.

Musk’s attempt to take over Twitter is “a gift to professors and students”, said Joshua White, a professor at Vanderbilt University, calling the situation “unprecedented”.

“Frankly I hate doing mgmt stuff,” Musk wrote in a text message to Twitter Chief Executive Parag Agrawal in the run up to making an offer for the company, according to legal documents related to the battle.

“I kinda don’t think anyone should be the boss of anyone,” he wrote, while another message noted he could “interface way better with engineers who are able to do hardcore programming than with program manager/MBA types”.

While the messages reflect his unusual approach to running a business, taking control of Twitter will mean managing it, at least initially. Musk has said he would take the reins as CEO but only until he finds a new executive with expertise in the media industry.

“What is to come is unclear,” said Donna Hitscherich, a Columbia Business School professor.

Academics and analysts say Musk should focus on restructuring the social media company’s business model after second-quarter revenue dropped amid the court battle and a weakening digital advertising market.

Musk has hinted at wanting to turn Twitter into what he called an “everything app” like the wildly popular WeChat in China which offers everything from banking to chatting. That will be difficult, analysts said, especially in the United States where consumers are already well served by multiple services.

Whether or how Musk pulls it off remains to be seen. What analysts and academics can agree on is that considerable energy and momentum could be sapped by what they forecast will be heavy turnover among Twitter’s staff and senior management.

Musk spent months criticising the company’s management and complaining about salaries, what he perceived as political bias and automated ‘bot accounts’ – of which he thinks there are many more than Twitter estimates.

Addressing employees directly in June, he said there needed to be “rationalisation of headcount and expenses” while stressing that staff, who currently have relatively free rein to choose where they work, should lean towards working in an office.

One thing is for sure: Musk is going to receive huge attention and scrutiny as he figures out how to run Twitter. Success or failure, it will be an instant business school classroom staple, experts say.

“I’m really, really looking forward to the end,” said Bris. “So I can teach this case in class.”